I made another small piece of “LiveLit” yesterday, inspired by last weekend’s workshop. This is based on a  story idea I had knocking around but, unlike my last effort, I was writing the words with the images in mind this time. 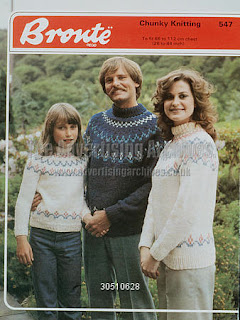 Only one of the images that I was thinking of actually made it into the finished piece, but it was interesting playing with them nonetheless. The original idea used a lot of covers from 1970s knitting patterns, I had great fun researching those.

I want to do more of these, taking inspiration from writer Sarah Salway, who regularly posts 50-word photo stories on her blog. I met her briefly at an exhibition she has contributed to at the Tubridge Wells museum – writing words suggested by an item from their archive, and turning them into something people can look at, touch and play around with, rather than just read or listen to. Very much in the LiveLit spirit! Well worth a visit. My kids loved it, too.

I’m thinking of 100-word film stories, rather than 50-word photos. The original draft of the “West of Aran” piece was 170 words or so; the final version about 90. Cutting it down was a useful discipline; if I wasn’t making the film I would have left it as it was. I prefer the short version.

Listening to it again, I can hear changes that I would make, parts that don’t work as well as they might. But in the spirit of LiveLit, here it is – make of it what you will!

“West of Aran” by the way, is the name of a buoy that captures meteorological information. It’s off away in the Irish sea, somewhere west of Aran.

2 replies on “More LiveLit – This time, at the seaside”